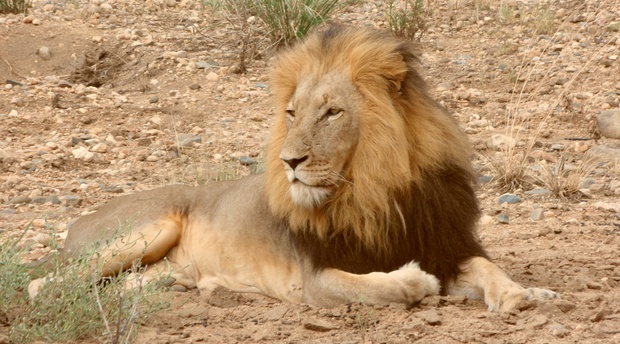 This blog forms part of a number of short stories where wilderness experiences can be found. It serves to remind us that observing natures solutions brings us forward and inspires us every day.

I want to tell you a story that takes you to the African savannah and it’s majestic animals. For thousands of years people have told stories which makes you think and can entertain. Most of these stories have a moral. This one has one too. It’s about how leadership really works.

One day a big storm hit a big ship that was on its way with a traveling circus. At the Cape of Good hope when rounding the Southern most tip of Africa, the storm was so strong it washed the ship towards a sharp coral reef and rocks and that’s where the ship’s hull was cut open by the rocks and the abandon ship signal was give. All people were rescued with life-boats by another ship but unfortunately the animals stayed on board because there was no room for them. Before the ship sank completely all of the animals jumped ship and all made it to shore of the deserted land. The baboon, the lion, the squirrel and the elephant were standing on the beach and were looking at each other and at the strange African environment they were not used too.

We’ll folks that’s a fine mess said the squirrel. We are all on a strange place we don’t know who is on there and what is on there but you can bet it won‘t be a friendly place. I suggest we all split up and try to fend for ourselves. We are all very different after all.

The baboon said „ I don‘t agree with that“. We should stay and work together. This way we have a much better chance of survival and one of us much be the leader because otherwise we will fall out with each other very soon.

Well said the Lion, I obviously must be the leader, I am strong, fierce, scary and deadly. He roared loudly to enhance his point. The elephant shook his head. A good leader is not all about being that. The baboon decided on the matter. Tell you what, let’s take turns. Every one of us can be the leader for a week. After four weeks we can then clearly see who is the best and there won‘t be any arguments.

They all thought this was a good idea and then drew straws to decide who was their first leader. The squirrel was first. She was brilliant in building shelters, collecting food and storing the food in safe places that she would always remember. She was very good in organizing and had eye for the detail. The other animals thought „Wauw“ that’s a surprise for us! She is much smaller than us but is busy, busy, busy and gets the work done. The experiment was going well and thanks to the leadership of the squirrel none of the animals would go hungry that week and everyone knew what to do.

The next up was the Baboon. And to their surprise all the animals really enjoyed their week with the Baboon as their leader. He was full of fun, energetic and made sure everybody had a good time and a laugh while they were doing their tasks. Every time if spirits got low he would notice and he would point out the bright side and would take them out swimming in the ocean or he came up to play a fun game.  After the end of the week the other animals were surprised as well how much fun they had and how the Baboon always managed to keep their spirits up and have a laugh.

Next turn was for the Lion. The Lion was leading the animals as you can expect from a Lion. Pretty fierce. If anyone got out of line he roared at them and sometimes he gave them a good slap with his paw. The other animals were pretty frightened the whole time but also knew that they were safe and well looked after. After the week the other animals thought, Pffff…., that was pretty scary, but at least we all knew where we stood and we are safe when he is running the show.

Now the Elephant had her turn. She was well liked by everyone and trusted. She would put her long trunk gently around the animals who needed support. She gave all the animals the feeling that she really cared about them and even the Lion often sought some comforting advise with her. She could listen well, had always a wise word and she had a calming effect on the animals if they were in trouble.

After the four weeks said the squirrel; „ well, I don‘t know, we need all these things to be able to lead“. We need the safety, power and clarity of the lion, the organization and eye for detail of the squirrel,  the optimism, playfulness and positive energy of the Baboon and the trusting, comforting, calming and caring of the Elephant.

What would the animals do? Would they be able to learn from each other or would they choose one of the other animals on that strange continent to be their leader.

People are able to learn from this experience in that a good people leader can combine the essential qualities that are important from the squirrel, the lion, the baboon and the elephant. The trick to effective leadership and motivation your team is to know when to be one of these animal leaders at the appropriate moment or situation. What important is to remember is that a good leader is a good servant to the people she or he leads! The leader has to above all, enjoy it, when others perform well and excel. A good leader creates space for others to shine and show of their achievements. This is called “Service Leadership”.

Wamvenga is a proud member of the Field Guides Association of Southern Africa (FGASA). FGASA members have to conform to the highest standards (quality, professionalism, safety, credibility and integrity) in the tourism industry. www.fgasa.co.za